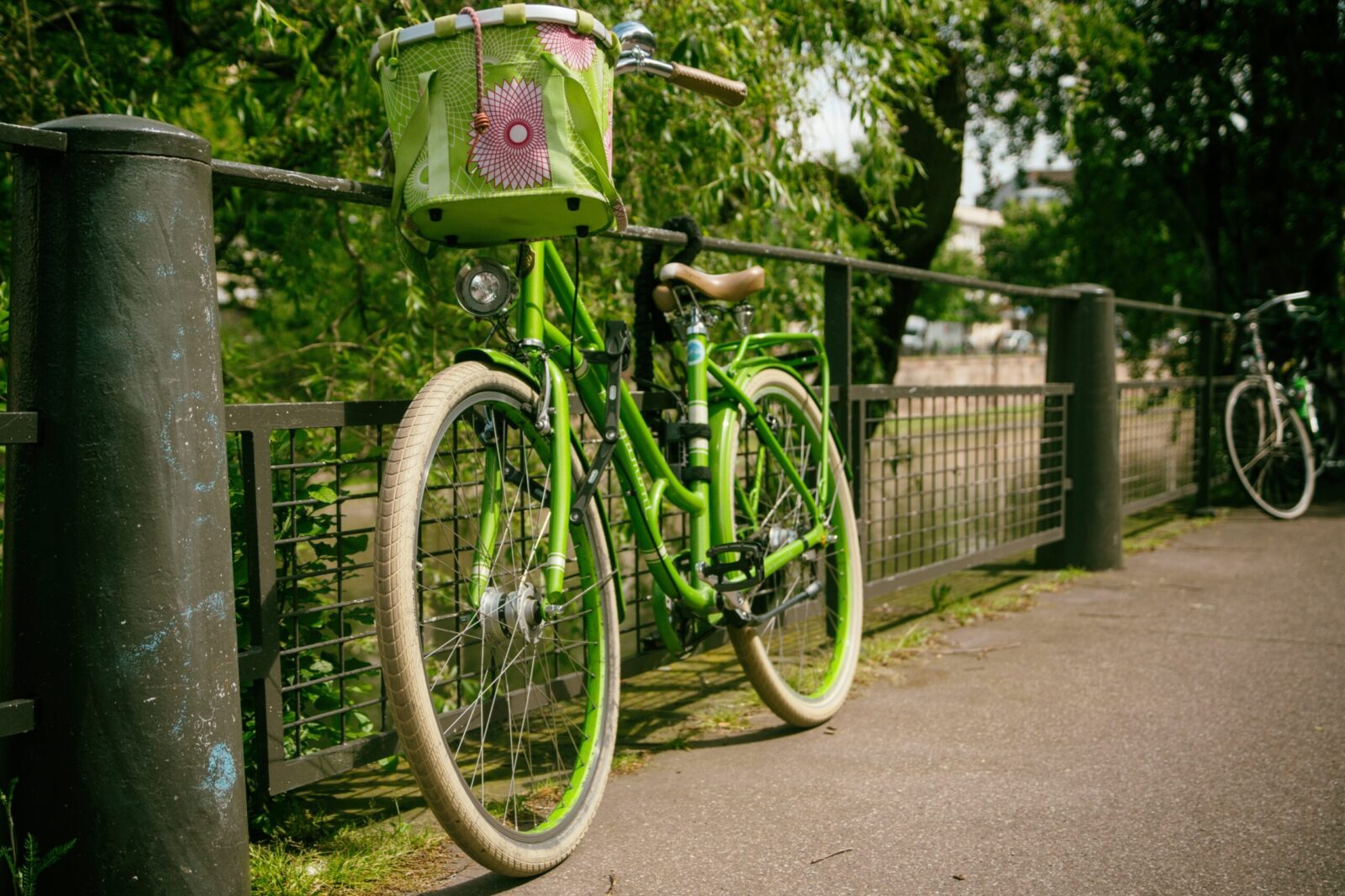 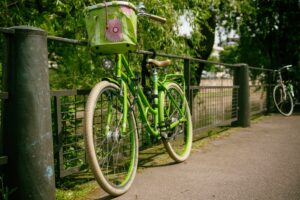 We’re starting to figure it out. Plastic is filling our oceans. The climate of the earth is changing, and ice caps are melting. We know these things now and many of us are trying to do better. While some enemies of the earth are more obvious and have been highlighted in the media, (plastic straws, fast fashion, animal agriculture), there is one big culprit that needs more attention: babies. Or specifically, North American babies. One American baby will produce the carbon emissions of nearly 200 Haitian babies. What?? This knowledge is driving some to swear off procreation in the name of protecting our earth and her resources. Not having children has surpassed not driving a car and not eating meat as the number one way to slow the destruction of the planet. Now the question is, why? Why are our babies so bad for the earth, when (population control aside) babies from other countries aren’t as harmful? I believe there are 4 main areas of concern, and I will go through each one specifically.

We love convenience. I would say convenience is up there with money and greed as the top reasons our planet is suffering. For 95% of North American parents, cloth diapering our babies is too great an inconvenience. I know lots of people are going to have their reasons for picking up the Pampers. No in-house laundry. No time for washing. Squeamishness about poop. However, I believe the benefits (to us, our babies, and the planet) are more important than the excuses we can come up with. Parenting is hard. And Smelly. And inconvenient. So what’s one more thing? You know you’re gonna get poop on you at some point in your parenting journey anyway, so do the right thing and get into cloth diapering. No one who does it regrets it. Ever. You save money, your babies will potty train sooner, be less prone to diaper rash, and I’m not even going to get into the testing being done now linking disposable diapers to sterility in men. What I will get into is the environmental impact of a disposable diaper. First off, in Canada we don’t make diapers, so your diapers were trucked in from the U.S. or flown in from China. And once you’re done with that diaper it goes into landfill. “But I put it in the organics bin like my city disposal tells me to, so it decomposes, right?” Nope. They just want to make sure the solid waste inside the diaper doesn’t end up in landfill, which is not equipped to handle human waste, and the methane released becomes harmful. The diapers are raked out and left to sit in landfill. For how long? The scary truth is that we don’t know. The estimates are anywhere from 500-1000 years. But that means that we have no idea, because every disposable diaper ever made still exists. In a landfill somewhere. Or the ocean. Let that sink in.

If you’ve been to a baby shower lately you know how much stuff we’re convinced we need in order to raise a baby. Bottle warmers, sterilizers, bouncy chairs, teething rings, a cute outfit for everyday of the week. So. Much. Stuff. I will tell you a secret: you don’t need any of that shit. Zero. We survived as a species without any of that stuff. Your baby will eat, sleep, and poop. Thus you need to feed your baby (I will get into that further in the next section), decide where it poops (I’ve already established my stance on cloth diapering), and decide where it sleeps (most of the world sleeps with their babies, but I won’t tell you that’s what’s best for you). That’s it. Everything else is convenience. 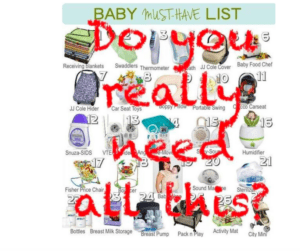 And every parent comes out of the newborn phase saying that a different unnecessary item was the one they couldn’t live without. So if you have a hand me down breast pump, and fancy vibrating bassinet, go ahead and accept the gift and make parenting a little easier for yourself. But don’t put yourself into debt, and add more plastics to our oceans thinking you need stuff to be a parent. Second hand everything. We could cease to make baby clothes and every baby born (even taking into account exponential population growth) for 10 YEARS would have clothes on their backs. Accept those hand me downs, and pass on your baby things when you’re done. And then when people insist on throwing you a shower, ask your guests to contribute to an RESP for your child, or cash towards birth or postpartum support, or a home cooked freezer meal for when you’re home with a newborn. If anyone turns up their nose at any of those suggestions, tell them those things are more helpful than another fucking receiving blanket with duckies on it.

Breast/chestfeeding has become quite political. It is not accurate to say “breast is best”, it’s not for everyone. We support a person’s choice to feed their babies however they choose, but the fact of the matter is, breastfeeding is the most ecological choice. For a couple of reasons.

Firstly, formula makes trash. It is recommended that newborn babies aren’t fed powdered formula you mix yourself, it should be premixed. Some even come in their own bottle with their own nipple already attached. Once it’s emptied, it goes straight into the trash. And because of the mixing of materials, these containers are often not even recyclable. Most baby bottles are plastic, and we all know our planet is drowning in plastic, and also what it costs our atmosphere to manufacture plastics. Breasts make zero trash. Period.

Another way that formula is hurting our planet, is through the direct support of some of the mega-companies that own formula companies, like Nestle. If this is unclear, I recommend you do some digging to see how big companies like them are harming our earth.

I know that there are people with dire needs who have turned to formula, and I hold no judgement for it. Formula is a necessary intervention that saves the lives of babies and parents. For everyone who has struggled with breastfeeding, I see you, and I hold space for you. And I thank you for sticking with it, however long you did. I only hope that people try, really try. I promise it’s worth it.

I know this heading is less obvious than the others, but it’s a big one. People ask me all the time how I have 2 kids and no car. There’s a very simple answer to that question: I wear my babies. Baby wearing means I can still use my old push cart to buy groceries. Baby wearing means I can take public transportation comfortably, at all times of day. Baby wearing can prevent the isolation that new parents often feel during harsh weather when pushing a stroller through the snow feels too daunting. Anything that encourages walking, and taking the bus is a friend to the environment. 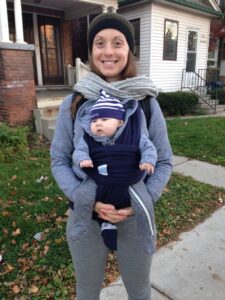 This seems like I’m asking a lot. I know parents have so much to think about already. If you can pick 2 things from this list, the planet thanks you. If you pick 1 thing, the planet thanks you. There’s a trend I’ve noticed, where people feel as though they can’t fix every problem they’re faced with, so they fix nothing. Please let go of this attitude. Every small thing can lead to another, and another, until you are a cloth diapering, baby wearing, earth lover. We need to make changes. We say we would give our kids the world, well, let’s give them a clean, healthy one. Another wonderful thing happens when we make earth-conscious choices: our kids see us giving a damn. And then guess what? They might grow up giving a damn too.

Lonely but Never Alone: aka “Mom”

What Stops Parents from Baby Wearing